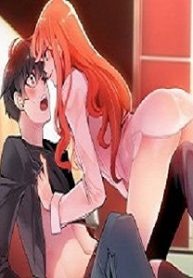 Description Lilith’s Cord: The current generation of humans are often said to be called descendants of Adam and Eve. However, there lies a small number of a different type of humans in this world. Children of the one who is called to be Adam’s first Eve – Lilith. Her children look completely the same as Eve’s descendants, and the few who live among us… are still somewhere in the world. Original Webcomic.